Cambridge Azur 851W: For Golden Ears In Their Golden Years

In less than 2 months I’ll turn 60 and, unlike the ageless Michael Fremer, I’ll need to start changing my lifestyle to reflect my years. I’ll contemplate clipping coupons, shopping on Wednesdays for the Senior Citizens Discount, joining AARP, moving to an “Over 55” community and referring to everyone as “Sonny” or “Kid.” And of course, the half-million-dollar stereo will have to go because at my age, I’ve been told I can no longer hear the difference.

I mention all of this because I recently purchased “Budget” amps for my shore house: not because I can’t hear, however, but because I CAN. The centerpiece of my shore house system is a Bespoke Audio passive preamp, which both Fremer and the dear departed Art Dudley reviewed—and loved—in Stereophile. Still, despite what Bespoke says about “Universal compatibility,” this passive didn’t like many of the amps, even some insanely expensive ones, with which I’ve partnered it. It’s worth the effort though, not just because this preamp has the potential to sound great—ultra pure and dead-nuts quiet—but because it is the single most beautiful high-end component I’ve ever owned. Visitors to my home routinely stare at it with lust and envy. I like that!

For the past couple of years, I’ve used the Bespoke with a few carefully chosen, very expensive amps and it sounded pretty damn fine, in part because I was driving an efficient pair of speakers. Recently, I changed to less sensitive loudspeakers and dynamics suffered, a point that was driven home when Tom Altobelli, President of Woodbridge Stereo, visited, looked admiringly at the preamp and asked about it. When I told him it was a passive he knowingly nodded “That explains it.” I immediately understood. And agreed.

So, here’s the part where my impending decrepitude comes in: I knew I needed a more compatible amp and if it were ten years ago, money wouldn’t have been an object but now, my miserly older self told me it was.  Which is how I wound up with a pair of Cambridge Audio Azur 851Ws.

Despite my newfound frugality, I actually hadn’t price-shopped the 851Ws, rather, I was searching for maximum input sensitivity and input impedance. At 0.775 mV and 38 kOhms (both figures for Bridged, Balanced Input) respectively, not to mention 500 Watts into 8 Ohms and 800 into 4, these are the most appropriately-spec-ed power amps in my rep portfolio. Then I looked at the price. At $1,699 MSRP each, they’re also the least expensive power amplifiers I sell, as well as the most versatile, offering both XLR and RCA inputs and outputs, two pairs of binding posts per channel, 12V triggers, remote control, switchable Stereo/Bridged/Biamped modes as well as switchable AC Voltage and a bunch of other goodies that make the 851W work in situations where most amps won’t.

I’m old enough to remember the hoopla surrounding the ADCOM GFA-555 when it debuted in the ‘80’s. Also 200 Watts Per Channel into 8 Ohms it became, for a decade, the benchmark for entry-level high end amplifiers. And yet, it couldn’t approach the 851W’s gorgeous aluminum casework, its connector complement and connection versatility, the discrete toroidal transformers for input and amplifier circuits…or its sound. The onset of old age has undoubtedly dulled my sonic memory but I don’t recall the 555 being nearly this refined, nor did it combine treble airiness and detail with a total lack of transistor grain the way the 851 does.

I spent much of last Friday installing the 851Ws, rebuilding my racks and rewiring my entire system to accommodate them. As I wrote earlier in this blog, these two amps—at under $3,400 MSRP per pair—replaced a vastly more expensive stereo amp (name withheld to protect the innocent) and outperformed it from the moment I turned them on. (Sensitivity and compatibility have something to do with this, but not everything.) When my girlfriend—a musically sensitive listener but not an audiophile (thank God!)—arrived in the afternoon, she had no idea that I’d changed gear but she immediately heard an improvement and asked why the system sounded so much better…why the little details that replicate reality were so much more present. She got it right away, without any coaching from me.

The next day, Tom Altobelli came over for dinner again and sitting at the table, back to the stereo, he noticed something different and asked me what had changed. Tom is a Cambridge Audio dealer and glancing at the 851Ws behind him, remarked “I just sold one to an old client and he loves it! Any idea why it’s so cheap?” Honestly, I have no idea how Cambridge does it but I’m happy they do and even happier I bought mine.

The Cambridge Azur 851W is certainly an ideal “Entry-level” amp for aspiring high-enders but, on a selfish note, it also seems the perfect amp for “Golden Ear” music lovers entering their Golden Years: they’re powerful enough to drive most any speaker, versatile enough to work in any system and, at $1,699 each, inexpensive enough to respect the retirement account. The only problem I can see is that, as these amps are built to last a lifetime, they’ll probably survive their aged owners. Choose your heirs wisely….

Originally designed for Sonos ARC and BEAM as well as Playbar, Leon’s TcFIT Universal is the solution for bringing Leon Custom Quality to low-end soundbars.

Complete with Moving Coil cartridge, phono preamplifier, aptX HD Hi-Res Streaming and British-Made one-piece tonearm, Cambridge’s ALVA TT is a steal at $1,699. Starting October 1, MAP will be lowered to $1,199, making the ALVA one of the best buys in Analog! Ask us.

Anthony Buys Cambridge Amps: At $1,699 MSRP each and 500 Watts in mono, Cambridge Audio’s Azur 851W amps are an obscene bargain. Anthony bought a pair for his shore house and LOVES THEM! Expect a blog about these…. 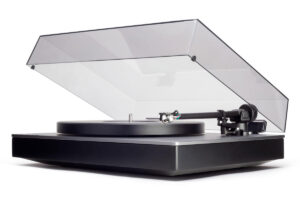 One of the most impressive pieces of marketing collateral in my experience, JL’s NEW 64 page Home Audio brochure is sales tool elevated to artwork.

Given its high production costs, we’re only shipping a small quantity so here’s a link to share with customers….

Arguably the two most exciting and universally saleable products in Wisdom history, the ICS3 Minimum Aperture” speaker and SUB1 “Snorkel Sub” are on their way and will ship in November! Demand is overwhelming and pre-orders are booming so please ask us for details.

Wisdom’s NEW Full-Line Brochure is here! Get your digital copy, below…. 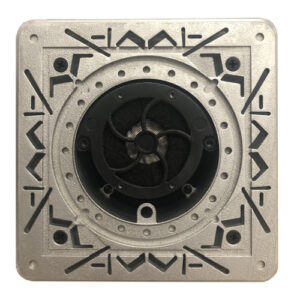 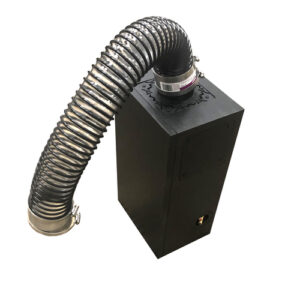 As always, SSV is here to support you! Please let us know how we can help!